I watched The Perks Of Being A Wallflower last night..some words to sum it up..
Amazing. Captivating. Pure genius. The best film on teenagers I have seen in a long time. This film does 1,000 things right. But before I delve into the genius of this one film I think sharing some of my story would help. And to give the very many new followers more of an idea of why I seek to write about movies. And seek to make them too. 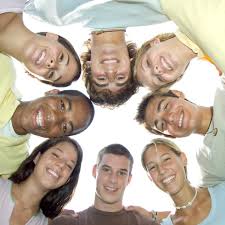 I have been watching movies( I mean most of my life) but really paying attention to them since 2009. That year I read Story by Robert McKee. Over the span of a year and a half I ate every word of that book and watched most of the films he had mentioned in it. KRAMER VERSE KRAMER, THE DEER HUNTER, THE GRADUATE, CHINATOWN, ONE FLEW OVER THE CUCKOO’S NEST. These were just some. I had developed a really close relationship with this guy named Paul at blockbuster. He was always giving me free movies and picking stuff out for me. I walked away one time with ten films for ten bucks. It was almost better than netflixs. 2009 was a very life altering year. I don’t believe movies change us like Christ changes us but for me there was something about wanting to understand people. What do people want to hear? What do people want to see? What do you have to come up with in your mind that would bring someone to tears, or applause, or confusion or even a wake up call. It has always amazed me that what we see on the big screen comes out of someone’s imagination. I saw the latest Hobbit in IMAX 3D the other night and I was blown away(like I have been all the LOTR movies) at how all the action and fighting and adventure came from one powerful, imaginative mind. All writers and inspiring writers share a sense of importance behind what they do. Watching the Wallflower movie inspired me to really seek to understand humans better. And even more specifically, the teenager.

John Hughes has always been the name attached to teenager in film. The John Hughes movies in the eighties make very bold and underlined statements about teenagers. The American teen is misunderstood. The characters like THE BREAKFAST CLUB crew rail against parents, teachers and anyone in authority. The statement of the day was: adults just don’t get kids. Adults are to busy building their lives and working their jobs and providing that there isn’t much room to stop and look at how the teen is the future.

I personally dislike the railing because in its violent front it creates a feeling of once misunderstood, always misunderstood. And it shouldn’t stay that way. The Perks Of Being A Wallflower doesn’t pit teens against parents, rather it shows the struggle and the crisis that occurs inside the adolescent mind. And very specifically mental illness and abuse. Its first off, just hard to fit in as a teen. Its hard to make friends. But it is even more difficult if you are carrying with you shame, guilt and fear from being hurt as a child and feeling the isolation of not being able to share that with anyone.Its a fact of life that telling people our secrets can lead to freedom from the despair that secrets can bring.

Charlie spoke to me. As the main guy in this film he carried with him a desire to live and to be alive. To not just survive and get through high school but to overcome in life. I want to see less movies about teens screwing their lives up with drugs, sex and alcohol. I want to see less about teens running away from their pain and problems. I want to see more stories that focus on the heart. The REBEL WITHOUT A CAUSE has lost its cause. Its time for the teenager, in film, to be seen apart from the assumed darkness that they will get themselves into. Bad girls being bad with coercion and manipulation. Bad boys and their self-indulgent, self-righteous attitudes with reckless motives. Most of the bad boy/bad girl thing is an assumption that every teen is like that. That every girl wants to be most popular and every guy wants to be reckless and get as many women as he can in his short time he has in high school. I just want to see a change. I believe in the teenager. I loved every hour I got to work with teenagers in Kansas City and I want to see them do well and do better in the movies.

Next post I will review Perks Of Being A Wallflower..