In light of my last post and mentioning that I am setting aside some time to write some movie and television reviews I think it necessary and mostly for fun to tell some ‘ best of the best’ movie experiences for me. It would be accurate to say that I have seen over a thousand films in the past 6 or 7 years. Maybe in some circumstances that is not something to boast about. I think of in my adolescence that there was more the fear of not seeing something and not having anything to talk about( in terms of movies out). Honestly, the fear of missing out still is sort of part of my decision when it comes to exploring new television shows and movies. In terms of morally, I have not always made the best decisions in terms of what I have allowed my mind to see, but I do feel( at least if you are any kind of writer) that there can be a lot you can find in films if you are looking hard and close enough. Robert McKee in his book Story talks about how the movie experience is an investment for people. Why would people pay money to purposely stare at a black screen for two hours? Or rent a movie for 1.30 at Redbox and risk paying the late fees, or burn through five seasons of a television show in two weeks?

The very optimistic appreciation of the art answer is that there is always something to learn and experience if you are really looking for it. The overly simplistic answer is: people crave and are craving stories.

Stories that probe us and prick us. Stories that are not afraid to tell the truth. Now, yes, there is the entertainment factor and as much as Aristotle in Poetics, says that life cannot be exaggerated, it is usually always getting stretched for us. Essentially we claim to always want something different, or want to see something we have never seen before, but movies pretty much do the same four or five things over and over again and yet we always fall for it and always pay for it, and end up wanting more.

We usually always see some kind of scandal. Scandal that burns bright in front of our minds. Corrupt cop movies. Corrupted business people, leaders of nations and politicians all face threats that most of the time they bring upon themselves. We always see face paced action sequences and crazy fight scenes. And most always we see a love story of some sort. We see sacrifice and people making fool’s of themselves. Yes, even if the reason is just sex, people fight for each other. People lose their vocational positions, money and social status just to have someone they feel they can’t live without. All of these things are  in the shows we watch and in the movies we see. The question then becomes-what do we do with the lessons we learn in the movies? Do we take the lessons from the stories and apply them to our lives? If we look close enough we can see it and we can feel it, and essentially be changed by it. 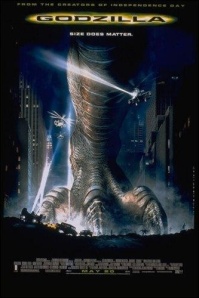 I remember being officially 12 years old and seeing this film twice in the theaters. My movie friends( and friends too) Brandon and Brad went to this film. The first place we lived as a family in Fort Collins was on rockaway street right next to a movie theater. I spent more time walking over there to see whatever would be playing( of course nothing rated R because I was not 17). It wasn’t so much that Roland Emmerich’s version of Godzilla was so awesome. Ferris Bueller telling everyone that Godzilla is pregnant and blowing up Madison Square Garden is always an interesting twist to the end. I just remember being in awe of the action and the explosions. Maybe it was more exciting because I was only 12.

The summer of 2001 is where the original title ‘The Ruckus Journal’ began. It was coined in the aftermath of the McCrew’s many adventures. It was the summer where myself, Andy, Isaiah and AJ all worked at McDonald’s. I was the forerunner of the group and the rest followed. AJ’s previous job was at a movie theater in Loveland and so we decided to go there to see this film. I just remember thinking: they better make a sequel. And I also thought that the kiss with the Ape was rather whacky but Lincoln’s face as an Ape, however, was a great way to end the movie. We all know now that ten years later they did do another Planet of The Apes but not with Tim Burton or Marky Mark. Leaving the theater that July night as a 15 year old, I remember AJ ‘s mom telling us ‘its just a movie’ almost to calm us down because our minds were so blown by this film. It was the experience of the film that stood out the most of all the movies we saw that summer. 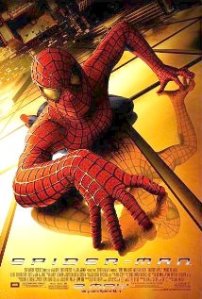 Most people would say that when you are 16 years old you are a little too old for dressing up, even if it is for your favorite movie. But age did not stop me when Spider-Man came to the theaters. My sophomore years of high school was my last year of ice hockey( I did not know it at the time) and so I was able to borrow the older version of the Spidey costume from Drew on my hockey team. I got the costume and bought the spidey gloves with the silly string shooters( also meant for little kids). I got a lot of laughs at school and especially my math teacher laughed really hard because I came to her class late and told her that I was out saving lives! The time for the movie came and we went to the Loveland movie theater. I remember seeing kids crying because the movie was sold out and I was giving out autographs while we waited in line. The most adrenaline pumped up moment, however, was that we were making so much noise going into the theater that they almost told us to leave. This film was so amazing because I think we all had wanted it for a long time and it was supposed to come out but September 11th happened and they had to re-shoot the end. For sure a pure rush to the head. 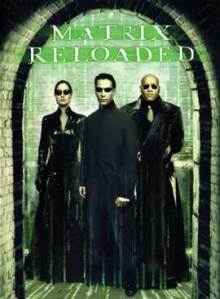 Junior year of Rocky Mountain high school was by far the most stressful year of school and especially the last few months. Somehow I convinced my mom to let me see Matrix Reloaded very late at night knowingly having to get up the next day at 7am. Anyone who is any kind of film critic will probably mention that the first Matrix did something very unique in its slow-mo, fast-mo camera angles. Leading up to the first Matrix many films had tackled action and explosions..especially in the nineties. But the Wachowski brothers did change the game a bit. Reloaded and its freaky crazy highway fight scene and Neo taking on a million Agent Smith’s..favorite parts. One of the best movie theater experiences of that year..for sure.

I don’t think I appreciated the Bourne movies until years after they came out. The first time I really hung out with Nick Barrett we watched the first Bourne movie. To this day Nick is one my best friends and now we live only 20 minutes from each other. The Bourne movies really redefined not just action but action/drama and action that is driven by characters. What made Jason Bourne such an intriguing character was that it wasn’t so much that he could destroy anyone that came in his path it was that he represented something a lot deeper. Robert Ludlum( the novelist of the Bourne movies) was more showing us the corruption behind the system. The illusion that the government gives to us. That we are to trust the politicians and the CIA to protect us. In the name of keeping things safe they break all the rules in order to keep us thinking that we are fine. Bourne represents the experiment that is done with that illusion to it. It is as if the government leaders need someone to do the dirty work and if that person has a conscious then they won’t get it done. This is what makes it such a good character. Expose the system and destroy the illusion of safety.

That’s all for this first part…