In seven years of blogging I think I have come to the conclusion that you really just have to post things more than you actually try to mention what you want to talk about. Like many things in life there comes a time to mature and grow up and start following through with intentions, not just simply intending to do things. I was born an extrovert and born loud and born energetic. Time has made me grow up but one thing hasn’t really changed that much and that would be the talking.

Many times( and close friends really know this) I do say simply what just comes to mind. In 2004 in my internship at IHOP-KC I devoured the bible and I especially felt the book of James speaking to me. I read it over and over and over and tore through the Everyman’s commentary on it(still have it 10 years later). Speech and restraint are very much connected to the issues of holiness and righteousness that we pursue. So instead of just mincing words with goals and aspirations, rather I am just gonna stick to writing it.

I have intentionally not been blogging for the sake of collecting my own thoughts and conflicts within myself before starting to try to say many things. Summer has always been a season to look forward to. I don’t think I have ever had a disappointing summer. Disappointing midnight movie premieres( and mostly its during the summer). I think of summer 2009 where pretty much everything let me down in the theaters. But really I am almost actually ready for summer to end because what has been gnawing at me has been the “summer mindset” and the vacation mode that I believe I get into and we get into in America. 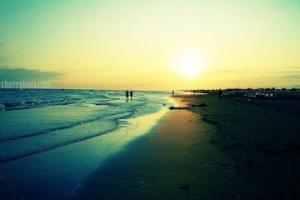 I realize that now that I live in Pomona and live in the greater Los Angeles area that something are a little more specific to L.A. I agree when others says, “so goes California, so goes the rest of the world.”Yeah, thanks Elijah List for all those “cali is gonna sink into the ocean if we don’t repent..” I have to say that tongue and cheek but in all scrutiny of where I live..I am…(many pauses) in the center of culture. Hollywood is down the street. Movies are the world’s most powerful medium as well as music. And this state is where it is coming from. But summer lends itself to waste, to distrust, to lazy and to all sorts of things that should bother the Christian.

It can no longer be everything summer all the time in my walk with God. What I seek to expose( and really first in myself) are those gaps in us. Maybe you have heard the same message and the same call and the same exhortation to go hard after God. I realize a lot of people haven’t heard really anything Gospel related. But most of us have some form of “go after God” talk running in our head. We are called to respond. First and foremost we hear, but the spirit of summer says to leave that at the door and to forsake it and disconnect for the next season of life. I think what is happening in our generation is this very spirit that hovers over our lives and can(without confronting it) actually last for years and months and not just for the summer.

What I am calling myself to and you to is to war on summer. As it is coming to an end its spirit of relax stays with us. I am not saying to take everything so seriously that you forsake socializing or the beach or going to Disneyland. Those are all good things and we should participate and find God in those. This is more that long-term thing that can eat away at us. I was watching Iron Man and didn’t realize how much I love the first one(still probably the best out of the three and third in the totality of the Avenger movies) but Yinsen(the man that saves Tony Stark) dies and before he fades he says to Tony, “Don’t waste it, don’t waste your life!”

Waste and empty space is the new battle. We cannot just settle for good when God has the best. In seeking relationships with men, women can often just settle for a good guy that loves God and tithes. Well, actually( and I know its harder for women in the church) that is not good enough. Nice and tithing is not the same thing as fully committed and fully going so hard after God that “all is rubbish.” The person you are seeking should be in the “rubbish” part of their walks where they are working through these eternal perspectives.

Summer is coming to an end and the future will become more apart of the present but I cannot be apart of the crowd or conform to settling down. Until the sky splits I have to be obsessed with standing before God and those two eyes of flame of fire being the only eyes I want to see. For all of us it is going to cost something. Find out what the summer spirit is for you and prepare to change all for the sake of love.